The trailblazing role of dé-coll/age as an action art magazine is intrinsically linked to a factor that, coupled with its early arrival on the scene, was key to its success: the editorial aesthetic devised by Vostell to present the myriad of artistic manifestations that sprouted up in the sixties in the shifting sands of action art, which were so difficult to classify and, thus, to communicate.

“The fact that Vostell introduced me to artists such as Mauricio Kagel, Joseph Beuys, Nam June Paik, Jörg Immendorff, Dick Higgins, Emmett Williams, Dieter Roth and Tomas Schmit illustrates the special role he played as a middleman and organizer in the art scene of the period,” stated Friedrich W. Heubach, founder of the influential Neo-Avant-Guard magazine Interfunktionen. And he did not hesitate to insist that “no matter how one judges his art, Vostell undeniably deserves credit for his tireless initiative in bringing the most diverse artists into contact with each other, and for frequently giving their works its first public airing.” The latter, Heubach explained, often took place via the pages of his magazine dé-coll/age.(1) 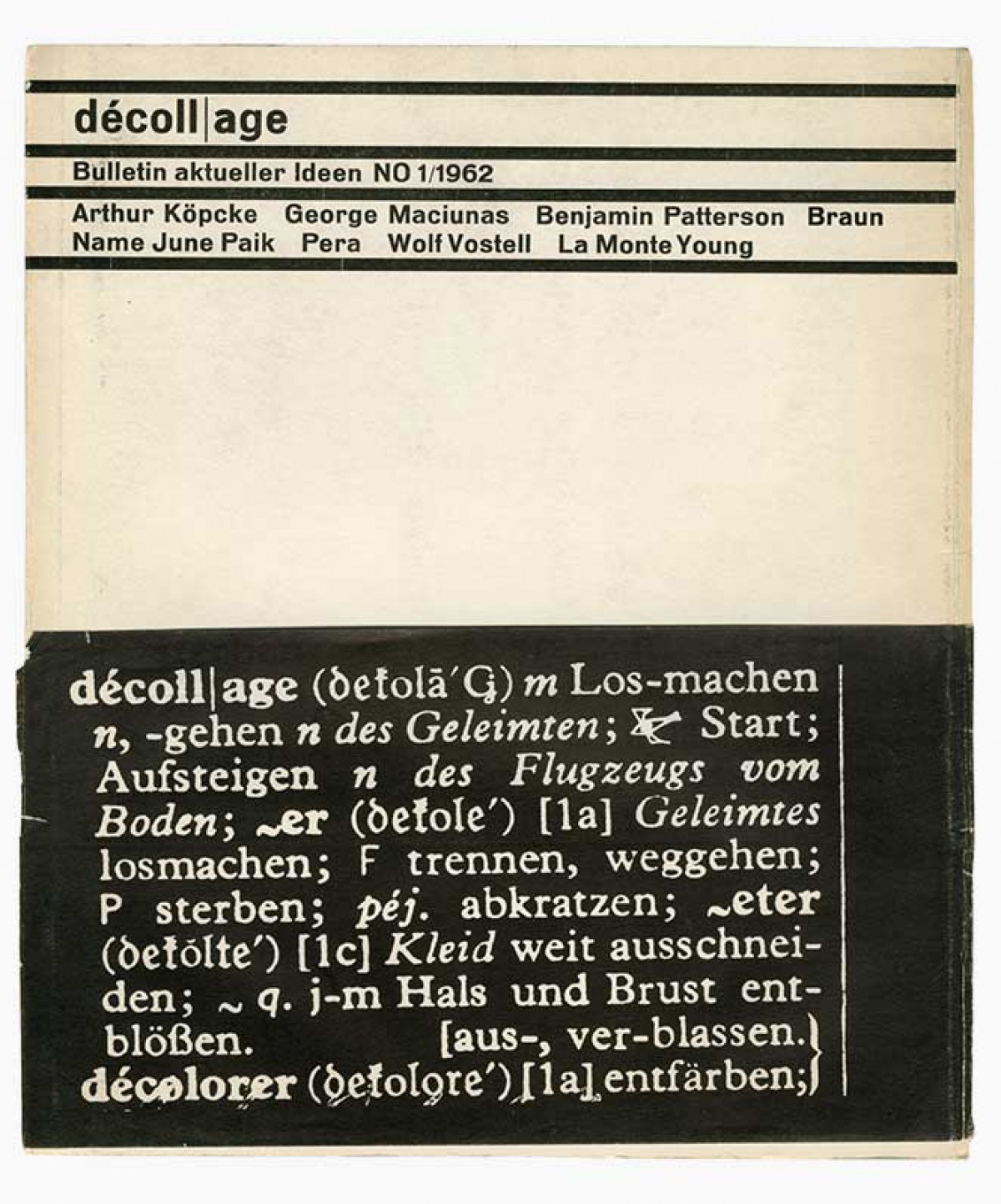 
Published between 1962 and 1969, dé-coll/age magazine was comprised of seven issues which came out irregularly in disparate formats and were released in print runs of between five hundred and a thousand copies. It was a successful venture for Vostell, who was adroit at drawing on the potential of underground publishing to create international collaboration networks. From his center of operations in Germany the artist used his self-published magazine to become a pivotal figure within the myriad of artistic manifestations that sprouted up in the sixties in the shifting sands of action art, and acted as a showcase and bridge between many of its—mainly European and American—exponents. It can therefore be asserted that dé-coll/age was the first proper action art magazine, both in terms of its content and its distribution—which was often carried out by post or through friends traveling abroad. But there is one more absolutely crucial reason as well. 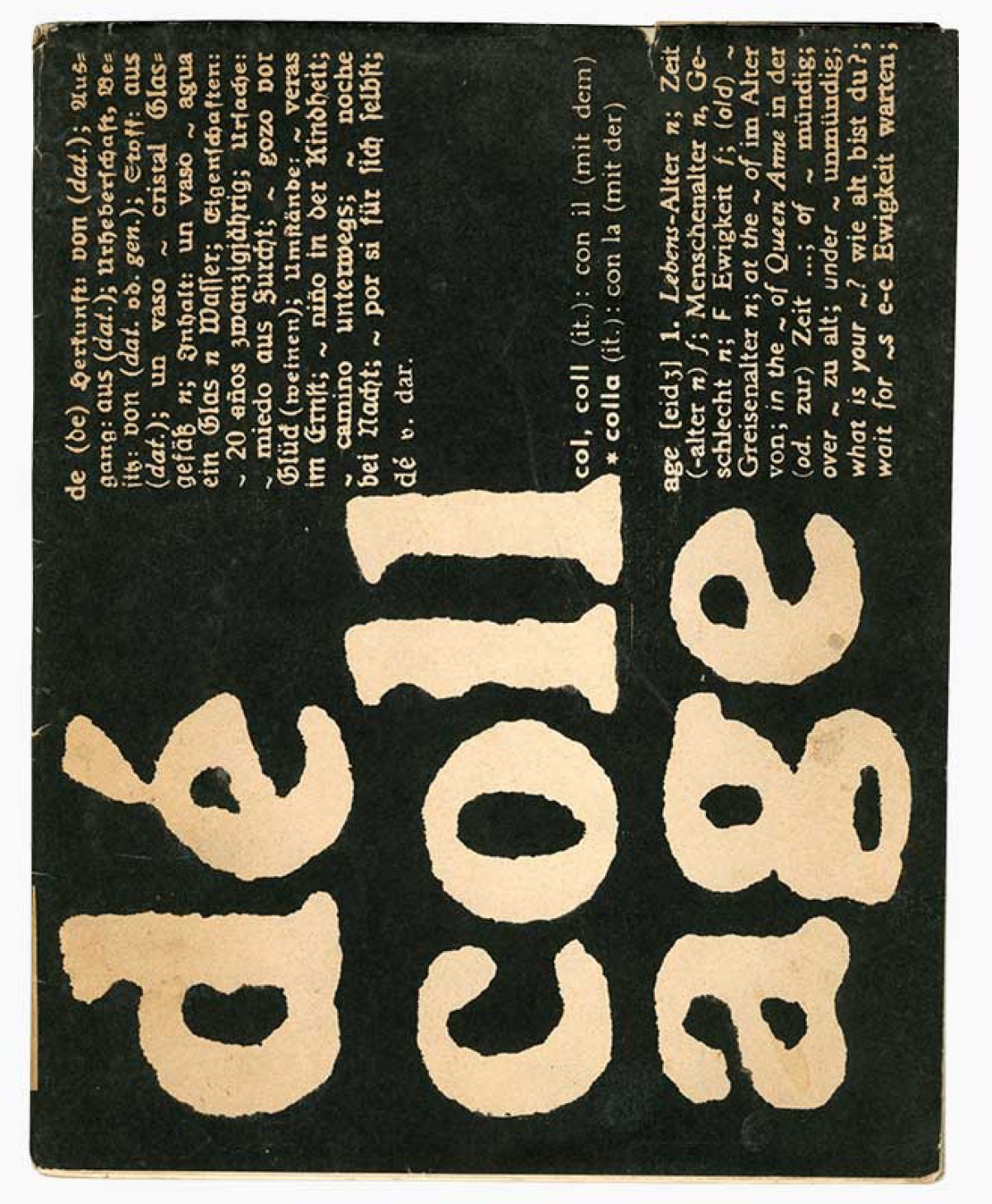 
The trailblazing role of dé-coll/age as an action art magazine is intrinsically linked to a factor that, coupled with its early arrival on the scene, was key to its success: the editorial aesthetic devised by Vostell to present those experimental and peculiar art forms, which were so difficult to classify and, thus, to communicate. As art forms they were by definition ephemeral: “festivals” and "concerts" without music, "theater" without a script, nearly imperceptible "events" and one-off “happenings”. They were formally elusive practices whose common thread was their emphasis on the process over the product, i.e. the finished artwork —at least the artwork understood in the traditional sense, as something endowed with its own materiality, whether as a painting, sculpture, book or score, to which one can therefore always come back. Being neither music, nor writing, nor painting, and yet a bit of all of them at once, these inaugural practices of what we now call “performance art" were volatile. Thanks to his skills as a professional designer, Vostell devised an effective formula for fixing them to paper, thereby rendering them transmissible beyond orality without formally betraying their transitory character: an editorial design all its own, which quickly became a lingua franca for action art. 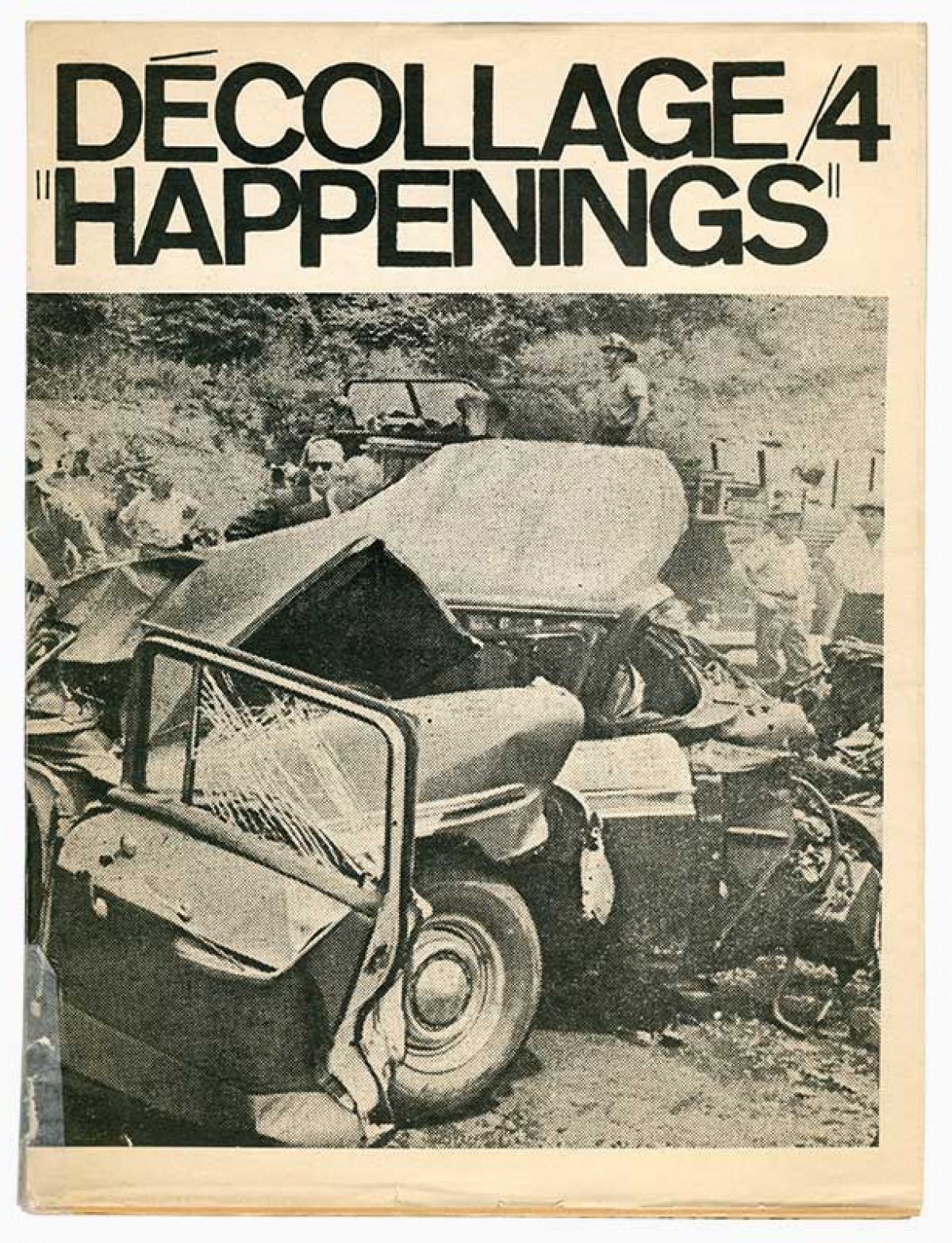 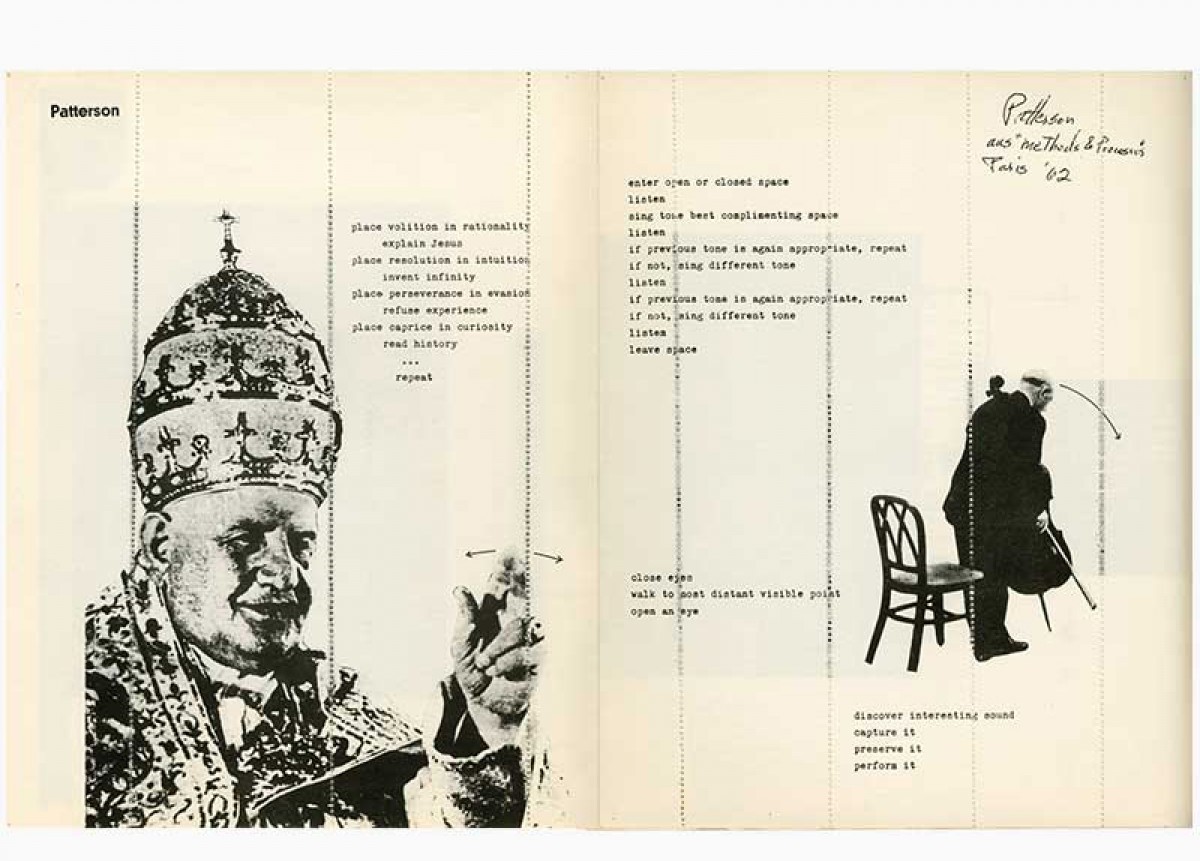 
The editorial style in question is direct, dirty and seemingly chaotic. It is based on the facsimile reproduction of various kinds of documents—press clippings, invitations, photographs, notes and correspondence between the artists—which are kept just as the artists sent them with their “blotches, corrections, things crossed out, imperfections and everything else”(2). Their assembly is disorderly: different materials follow one another without heeding the order indicated in the table of contents and without sections being clearly delineated from one another; and, even when they are laid out on the same page, they are indistinctly arranged face up, face down or sideways. Moreover, they are printed on sheets of paper of varying quality and size, which are generally joined together with simple staples. The outcome of all this is, on the one hand, what Heubach called the “aesthetic of the impoverished,” which found so many “adherents and imitators" after he made it his own in his magazine Interfunktionen(3). On the other hand, this design produces a sense of immediacy that responds precisely to Vostell’s intentions. He sought to transmit the facts on the fly, with each issue of the magazine providing testimony, fleeting and unfiltered, of the most recent artistic events in which he and his colleagues had been involved. 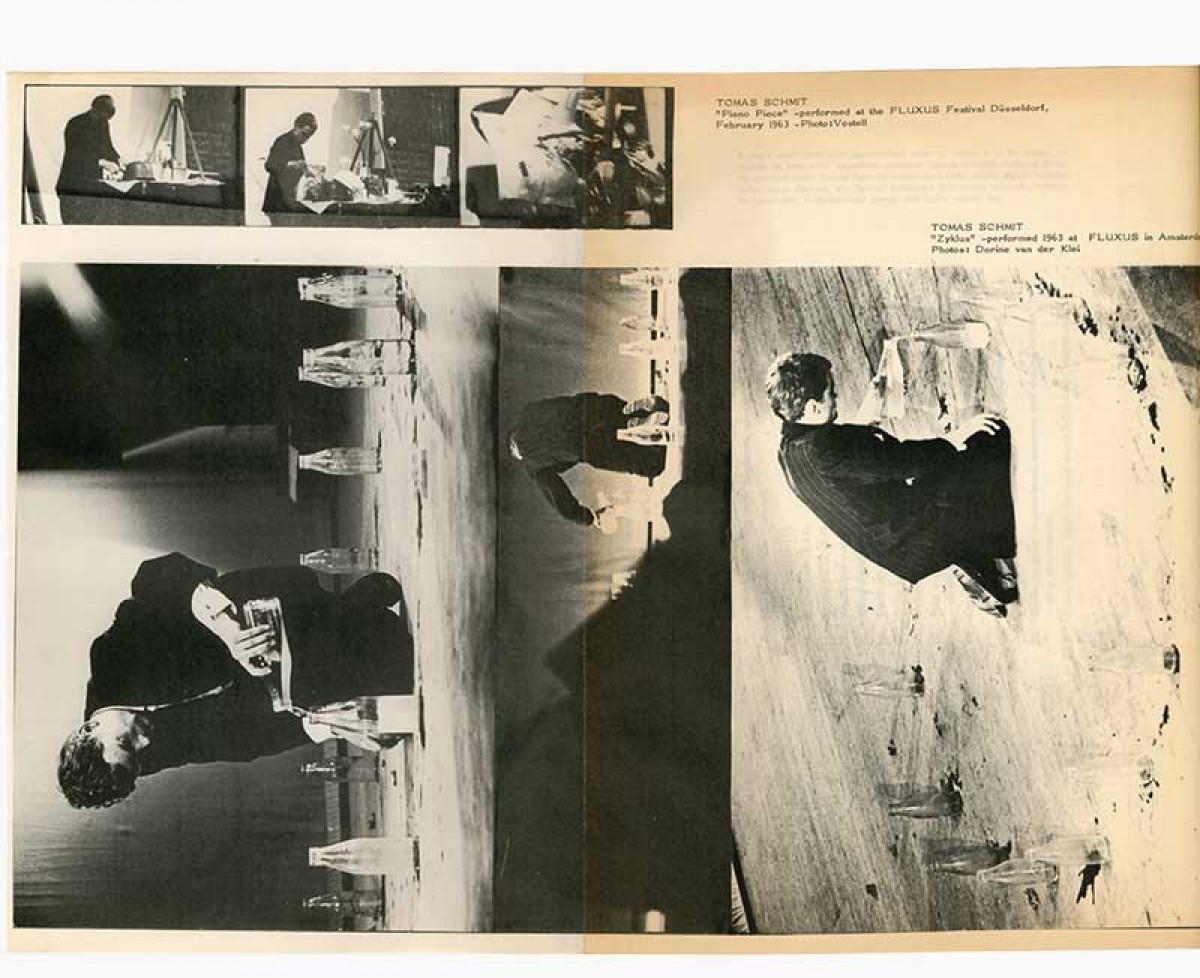 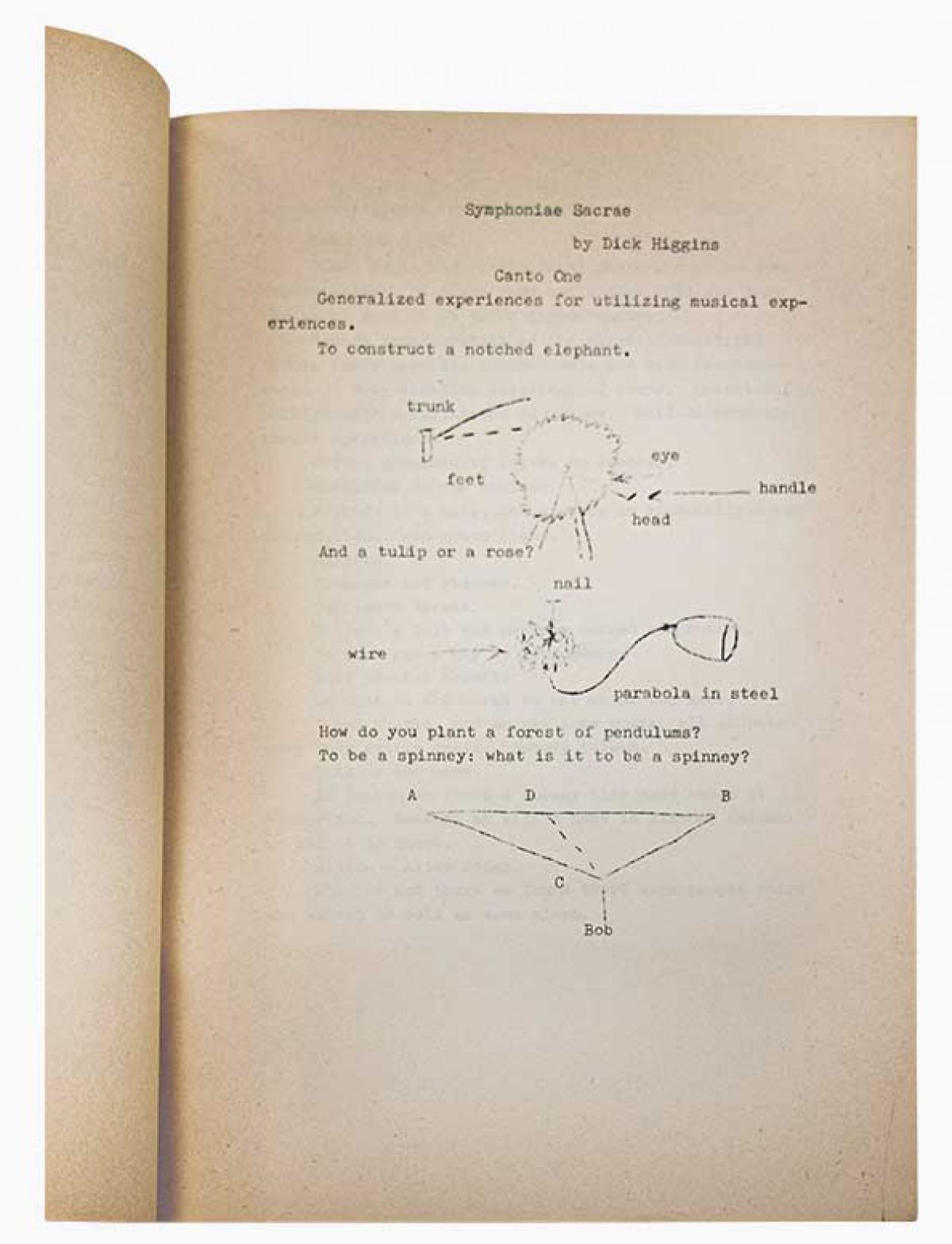 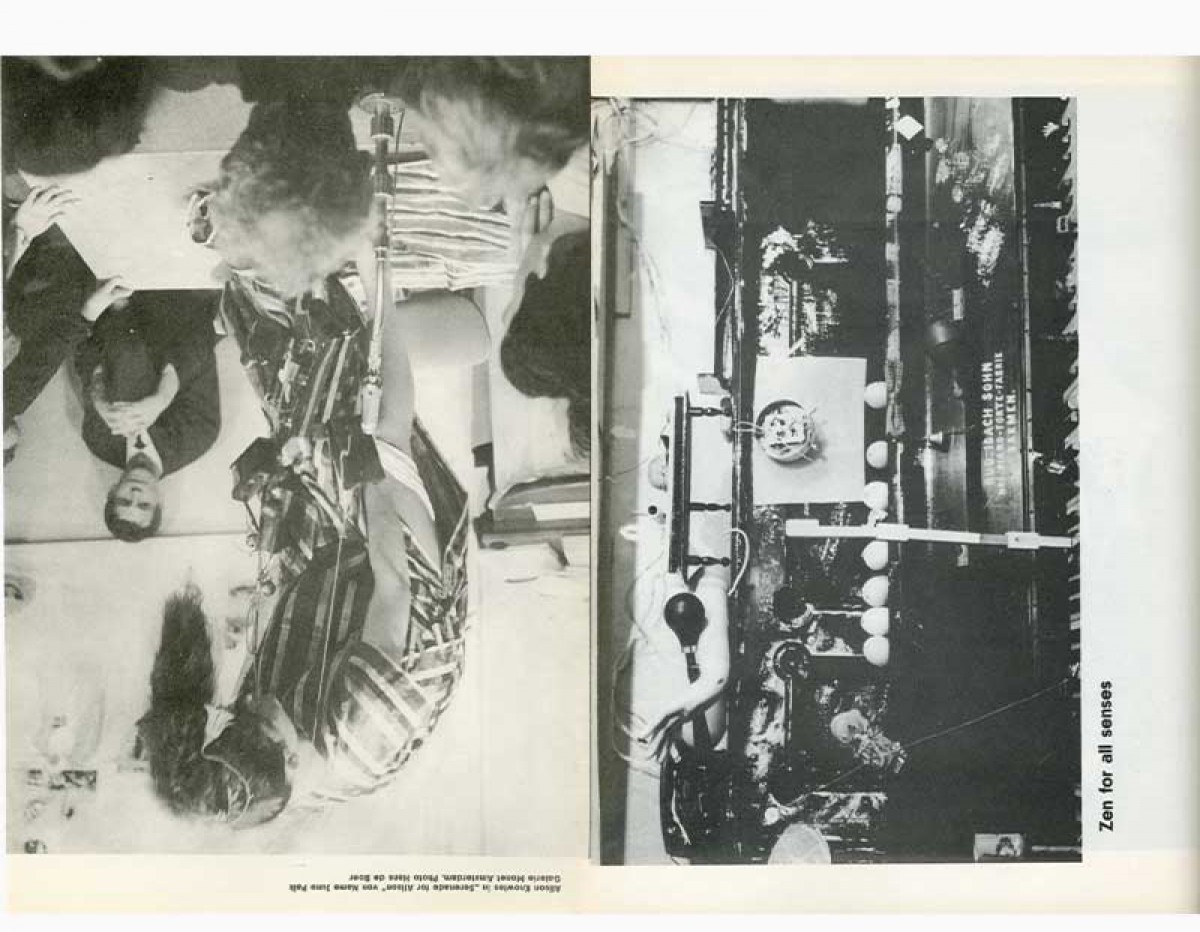 
The editorial design created by Vostell draws directly from his artistic approach, based on an aesthetic foundation that gives the magazine its name: the "dé-coll/age" principle. This was behind all of his artistic interventions—from tearing billboards and blurring press photographs to his happenings and his work with video and television—and it was his response to what he perceived as the peculiar reality of his time, that of the technified peace that followed World War II in Europe, where violence was filtered through the mass media. Fascinated by the sensationalist language of the latter, Vostell produced his own underground version with his magazine and, incidentally, engaged in his own way in the age-old strategy of information manipulation. The chaotic look of dé-coll/age, where documents seem to have come to rest where they are on the page purely by chance, actually conceals a well-calculated narrative that responds, from issue to issue, to the successive stances of its editor within the changing scene of action art. In this untrodden and treacherous territory, Vostell made his way by means of alliances and enmities, these linked in turn to the creation of categories such as "Fluxus" and "happening" which, while remaining highly elusive, defined the field. The tensions of this process were recorded in his magazine, which proved to be a powerful tool with which to articulate, disseminate and eventually canonize his particular stances and points of view. Without going any further, the latter were endorsed by the first retrospective exhibition ever dedicated to action art by the now legendary Swiss curator Harald Szeemann, which under the controversial name of "Happening & Fluxus" (1970), laid a first foundation for subsequent research on Fluxus and the happening, as well as on other actionist practices of the 1960s that were silenced in the exhibition’s title, but present in its catalogue (Viennese Actionism and the Zaj group, for instance.(4) 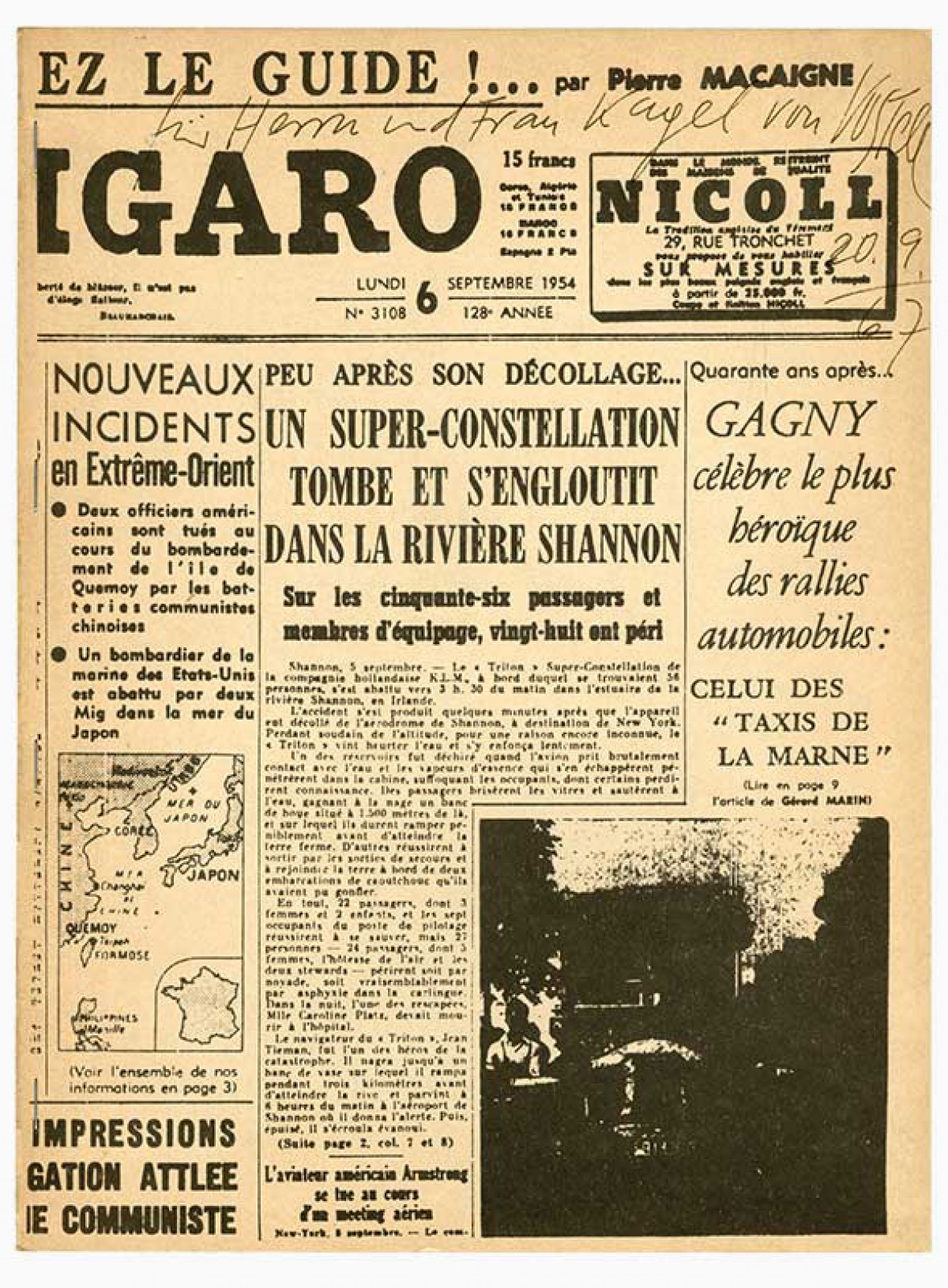 
In many ways, Vostell’s—and Szeemann’s—positions have been overtaken with the passage of time, and the dé-coll/age magazine has generally been committed to oblivion. Recovering it is advisable, however, if we seek to take an historiographically rigorous approach to the developments in the actionist scene of the sixties. In summation, dé-coll/age not only played a leading role in the dissemination of new artistic practices, but created the visual language that has served to communicate these practices for decades. Functioning as both judge and jury, it also actively contributed to shaping the alliances, groupings and terminological definitions that ended up mapping the terrain of action art in its early days.(5) 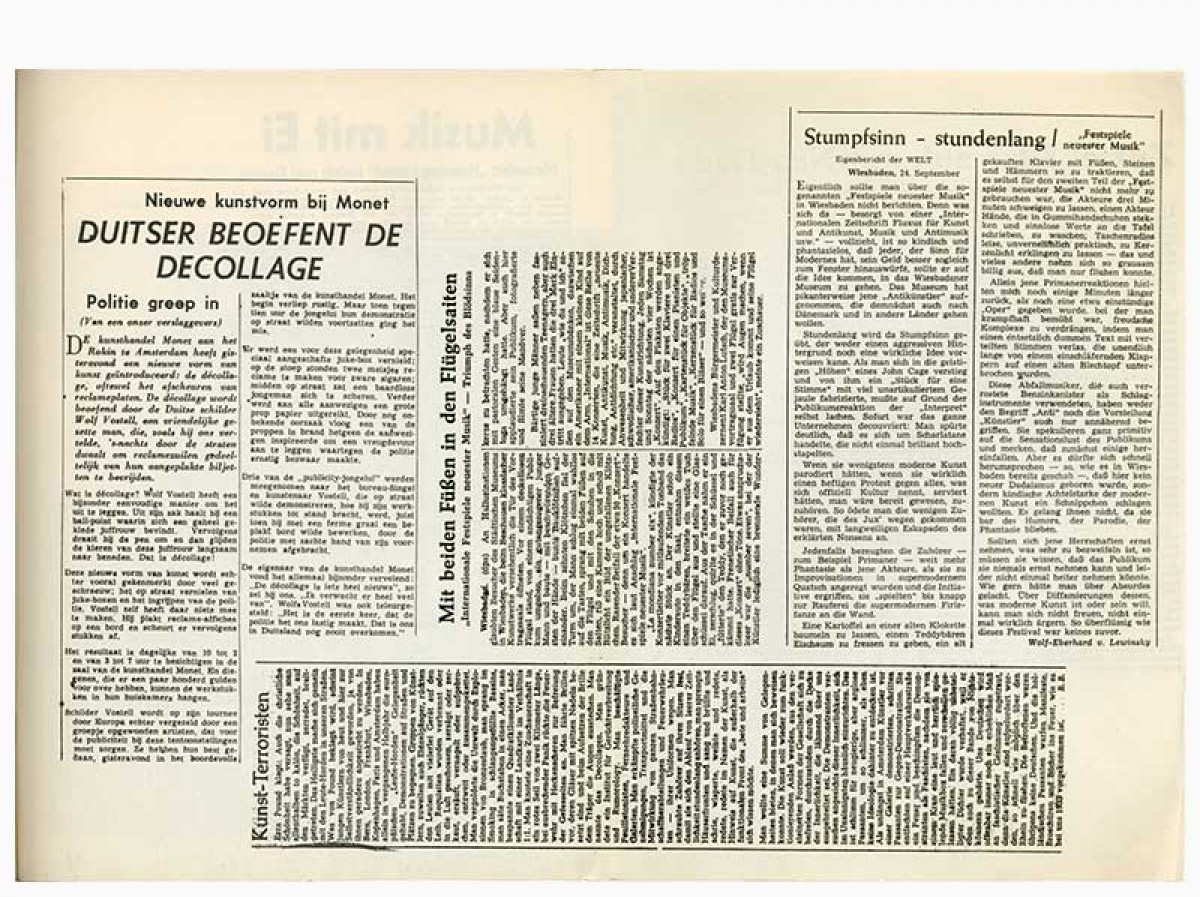 
As a final coda to this tour through the magazine, the fifth issue deserves special mention. In contrast to the eminently documentary approach of the other issues, it enters the realm of “multiples”, typologically diverse artistic objects produced in series, which annihilate the aura of the traditional unique work of art and pose an interesting source of friction between editorial and artistic production.